There are few places on Straddie more iconic than Jumpinpin. Right at the southern tip of North Stradbroke Island, it’s only accessible by boat or by driving over 30km on the beach that stretches from Point Lookout down the entire eastern coast of the island. The Jumpinpin channel is a great beach-fishing spot for many species depending on the time of year, the weather and the prevailing tidal conditions.

The dynamic Jumpinpin channel and bar, and the origin story of how North and South Straddie were separated inspired the connection to India Pale Ale as a beer style and the Cambus Wallace, the Scottish barque depicted straining at its anchor chain on the label of our Jumpinpin IPA.

The Cambus Wallace met her demise on her maiden voyage from Glasgow, wrecked off the beach at Jumpinpin in 1894. The cargo included beer, whisky and dynamite, with the latter being detonated after washing ashore in a condition unsuitable for recovery or transport. The resultant damage to the thin isthmus contributed to the eventual breaking through of the ocean into Moreton Bay, just a couple of years after the ship was lost.

“India Pale Ale in the modern form is a style that also came to be through circumstance rather than design.”

The IPA story, of how hoppier pale ales shipped from England to India found favour in the colony due to their superior quality (thanks to the antimicrobial properties of hops), spawned the clean, mean, super aromatic hop monsters we know and love today. Good IPA is also explosively hoppy and laden with hop aromas that shift and swirl, changing and developing as the beer opens up and warms slightly in the glass.

Our Jumpinpin IPA utilises a mixture of US and Australian hops and, upon reflection, represents an expression of many of the ‘aha!’ moments I’ve had as I discovered various beers with fresh, seductive late and dry hop character. I wanted to brew an IPA that had an immediate presence to it, with clear, assertive hop aromas and flavours. It was also important to me that Jumpinpin IPA could show-off our ‘craft’ muscles in a core range that aims, unashamedly, at being balanced and flavoursome rather than too showy or gimmicky. For me, the 6.5% ABV is big enough to carry the bold late and dry hopping (over 1kg/hL) without straying into double IPA territory, and the bitterness is firm without dominating the overall personality of the beer.

More than any other beer I can think of (apart perhaps from cask ales that are exposed to air when tapped, but that’s a whole other kettle of fish/keg of beer), IPA is best enjoyed fresh, so we’ll always keep the batch sizes small and supply lines short. If you find yourself staring at can or tap decal of this hop nectar, please don’t hesitate, enjoy it as fresh as you can get it! 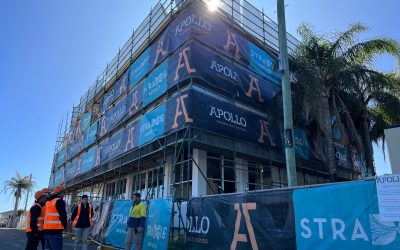 We have a roof!

June update: despite what felt like the wettest Autumn on record...we have a roof!  Our Island Brewery is now... 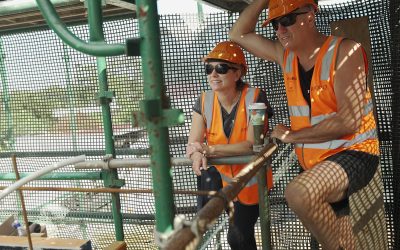